“I feel kind of guilty. I mean, is it even right that we are all white women working on this project?”

It was a chance remark, but one that months later still grates.

A collaborator on a business call a few months ago was reacting to being given charge of a global project. We were three women, all C-Suite leaders, on the call. My colleague didn’t elaborate on it more. There was a lot left unsaid. I was confused, even angry by her comment. How could she not see all the things that made us diverse?

In most companies DEI (D&I) initiatives are often triggered by legal compliance versus a deep desire to see behavioral change.

Worse yet, DEI program success is often measured by numbers, which reduces everyone to group identities instead of true unique individuals.

Diversity is the starting point in a DEI journey, and is the most critical step. Thus, a good definition is important. Diversity for me has become, “going beyond group identity.”

Any conversation I have around DEI starts with this definition. It reinforces the fact that we are all more profound than our group identities. As leaders within companies we all need to start talking about our diveristy more.

Good DEI training will promote self reflection. By putting ourselves in the spotlight, not only are we more curious to engage with the training, but we learn about diversity, personally.

Through self analysis, it is apparent that no one can be reduced to the expression of a single group identity. We all have so many dimensions of diversity through which we define ourselves. And they all have different importances in how we live our lives.

I am a woman, which is a very obvious group identity of mine. Yet, what’s important to my individual identity is my “diversity trait” of being a mother. Since having a child, being a mother has become a defining lens of identity through which I live.

There are other group identities I own, too. I am a C-Suite leader and a Christian. I am multicultural, politically active, and physically abled. Yet none of these are as central to my personal identity as the diversity-dimension “parent”.

I’m a complex assemblage of different traits, like everyone.

I am not a “white woman”. I am much more. And I think so many other people feel that they too are much more than what their group identity says about them.

What all Diversity initiatives must bring to the table is the firm teaching that diversity is not group identity. We are all so diverse, in so many ways.

So, when my colleague insinuated that we, three white, female on a project, were missing something in diversity, I think that she made a mistake.

Had she taken the time to understand that diversity is more than group identity and is about valuing people as people, she could have seen that we, in fact, were a very diverse group.

There was so much diversity in: age, language, culture, income, work experience, politics, religion and parental status, that race would have just been another trait, not a defining one.

When we lose sight of seeing the uniqueness of the individual, we undervalue the complexity of the human being, and DEI initiatives become institutional, if not harmful.

If you agree, you should look into our program PAN.

SEND US AN EMAIL 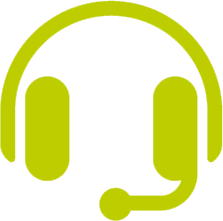 Rather schedule a call?

Shoot us an email?

Thank you for reaching out.

We care for your request

We’re looking forward to speaking with you very soon.

Thank you for reaching out.

We care for your request

We’re looking forward to speaking with you very soon.